This website had been developed for Internet explorer version 9 and above. We recommend you update your browser in order to view the site correctly
Skip to main content Skip to home page

The Wimmera Mallee Domestic and Stock Channel System, covering 2.9 million hectares, was one of the largest water supply systems in the world.  It originally extended from the Grampians in central western Victoria to Ouyen and Manangatang in the north, Underbool in the west and Korong Vale in the east.

Water was supplied through approximately 17,500 kilometres of earthen channels, supplying 36 towns and about 20,000 farm dams. By the time this water reached the extremities of the system, up to 85% had been lost through seepage and evaporation. This was clearly an intolerable waste of a scarce resource. 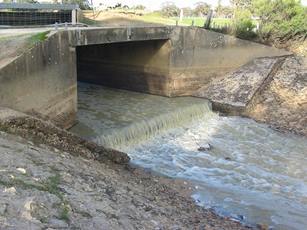 The Wimmera Mallee channel system began in the 1860s when the region’s pioneers attempted to harvest water from rivers and creeks with diversion weirs. In about 1856 the Wilson Brothers of Longerenong diverted Wimmera River water into Ashens and Yarriambiack creeks. This not only marked the first step towards establishing the water supply system, but was also the first water conservation effort in Victoria.

With farmers transporting water from up to 50km away, shire councils helped by constructing dams, weirs and other works needed to store and supply water. The first storage was Wartook Reservoir, which was built on the MacKenzie River in the mid 1880s by the Wimmera Shire. The main sources of supply for the system were the Wimmera River and Mount William Creek. Water shortages and crop failures resulted in the construction of Lake Lonsdale in 1903. Although water supply to the area was improved, divided control of the headwaters caused difficulties, which were only overcome when the State Rivers and Water Supply Commission of Victoria (SR&WSC) took control of all water supplies to the region in 1906.

Using natural watercourses for the initial distribution of water caused heavy water losses, and channels were rapidly extended between 1906 and 1931. The channel system increased from 1,600km serving 8,550sqkm to 9,600km serving 28,500sqkm. New channels included the Glenelg River Diversion Channel, which was constructed in 1930 to divert Upper Glenelg winter flows into the Wimmera storages. Lake Fyans and Taylors and Pine lakes were constructed during this period, with Moora Reservoir built in 1933 to store flood waters of the upper Glenelg River for diversion into the system. In an effort to keep pace with regional development, the largest reservoirs, Rocklands and Toolondo, were completed in 1953. The final storage to be constructed, Lake Bellfield on Fyans Creek in the Grampians, was completed in 1967. 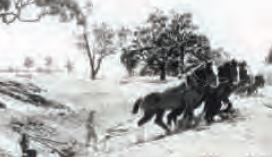 With the Wimmera Mallee Pipeline in operation, channel decommissioning of large channels and structures was completed in 2014. Many smaller channels and structures still remain, which were unable to be decommissioned within the project budget. Today, landowners continue to decommission the remaining smaller channels. Where a channel is retained for a drainage purpose, ownership will be transferred to the landowner or responsible entity.

Using a tractor and tow grader to decommission a channel

Map of the channel system

View a map of the historic